After the founding of Baghdad and the increase in the number of wealthy citizens, Abbasid cuisine started to become more specialized. In spite of this specialization, certain ingredients that were considered delicious were used in a large proportion of the dishes. One of the most prominent and favored ingredients in Abbasid cuisine was mutton. Mutton has long been a staple in Middle Eastern diets. Archaeologists determine where Syrian united of the Roman army were stationed based on the high proportion of mutton bones compared to other sites with fewer Syrian soldiers.

Mutton is not lamb

Mutton is the meat of an adult sheep. This usually means that the sheep is killed after it has reached the age of two. It is not the same as lamb. Lamb is the meat of a young sheep — killed before the age of two. Mutton is less tender than lamb, but has a more intense flavor and is darker meat. Many translations, especially those of recipes, have lamb instead of mutton because of their similarity and because lamb is more affordable and accessible. It is important to remember that most recipes that have been translated should read mutton, not lamb.

Food for the rich

Mutton was mainly eaten by the wealthy. Unlike today, beef was considered meat for the lower classes, and generally looked down upon by the wealthy. While there existed a preference for eating chicken, when a recipe calls simply for meat, it almost always means mutton. David Waines writes, “recipes other than fish and fowl use only the word ‘meat’ (lahm). Appearing alone and unqualified it should be assumed that mutton is intended.” In courtly cookbooks recovered from the Abbasid Empire, the meat dishes almost all use chicken and/or mutton, while a few dishes use kid or lamb. 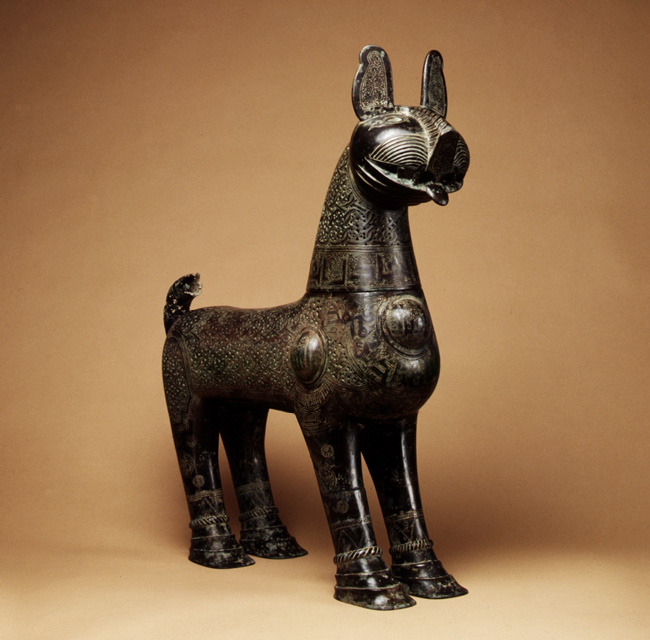 The preparation of mutton varied widely. In David Waines’ In A Caliph’s Kitchen, a collection of Abbasid recipes, mutton is featured in over half of the forty-three recipes. Not only do the recipes combine mutton with ingredients as different as honey, cinnamon, ginger, and spinach, but the recipes also call for different parts of the sheep to be used. Some recipes refer to mutton in general, while others specify the sheep’s shoulder or leg meat specifically. These differing recipes show that mutton was enjoyed in a variety of styles.
View two recipes from this period

The two recipes that call for mutton — baked lamb loaf (kubbah bi al-simiyah) and grilled meatballs in yogurt sauce (kuftah lataniyyah) — show how different parts of the sheep were used for different purposes and how mutton was used in many kinds of dishes.

While fresh foods were preferred over preserved foods, there did exist several methods of food preservation. One of the most common ways to preserve meats was to make it into sausage. As James Lindsay writes, “[w]hile any meat can be made into sausage, sausages made from mutton and semolina were preferred.” Another common technique for preserving meats was to pickle them. David Waines writes, “[a] preparation called hallam describes the steps for slaughtering a young animal and boiling in vinegar the jointed carcass in its skin until it was cooked.” They would then leave it overnight in a mixture of vinegar, aromatics, and salt, before putting it away for future use. A number of techniques were employed for drying meats, as well as cooling them for short-term preservation. Although uncommon today in the Arab world, meats were sometimes sliced and smoked. Meats were also salted or turned into jerky for long voyages. Many surviving cookbooks also make reference to meat dried in the Greek style, showing that they were familiar with several techniques for storing foods.

While mutton was cherished during these times, most considered it to be a food of the rich. The luxuriousness of lamb is often highlighted in the literature and stories that are available from that period — both prose writings and poetry. One example is when the eunuch Muflih invites the caliph al-Muqtadir for a feast, among the things mentioned that Muflih provides are “lamb and poultry … hung from the trees.” Similarly the poet Abu al-Hindi has a poem in which he defends the Arabs cultural refinement and feels compelled to include the line, “I do like dried slices of cured mutton.” This suggests that in the ‘Abbasid Empire liking the taste of mutton was a sign of sophistication.

The Mother of Hospitality

In a comic poem by Abu al-Qasim Husayn about the potential perils of hospitality, he writes about a great feast with thousands of guests. “They ate thirty kids sharp with vinegar and saffron…[t]hey ate as much roast lamb and twice as much cooked in various dishes.” This reference clearly shows that at a fanciful feast a host could serve one kid dish — in this case with vinegar and saffron—but it was normal to serve several dishes that incorporated mutton. Furthermore, some poets referred to sikbaj as the Mother of Hospitality and judhaba — a dish that is essentially mutton served on top of a sweet pudding — was referred to as the Mother of Joy. Judhaba was sold in the marketplaces and in a story told by ‘Isa ibn Hisham, it was considered a necessity to order whenever one could afford it.

Mutton also features prominently in the Arabian Nights as a delightful and sumptuous food for the elite. “The Tale of the Porter and the Three Ladies of Baghdad,” includes a comic lamentation poem about a magnificent feast. This feast has several dishes using mutton. The first is a mutton pudding with wheat paste and spices, also the most commonly mentioned dish in the Arabian Nights. Sikbaj is also served at this illusory feast, and is another dish commonly referred to in the Arabian Nights. In “The Story of the Hunchback,” the Christian tells a story about a woman who feeds her lover the best of meals. The dishes she feeds him include marinated lamb, roast lamb and judhaba. In “The Tale of Judar and His Brothers,” Judar’s mother has the opportunity to wish for any food she wants, and wishes for roast lamb, stuffed lamb, and mutton sausage.