As the capital of one of the world’s greatest empires at the time, Baghdad during the Abbasid Empire quickly became the economic capital of the world. The Caliphs raised revenue mainly through taxes and military raids (especially into Byzantine territories). However, it was trade that played the most important role in the prosperity of the empire and its residents. The markets (suqs) of Baghdad sold numerous goods from lands as far as Russia, Africa, China, and Europe. Baghdad was built so that every occupation had its own market (suq) or street in the city, enabling buyers and sellers to interact efficiently. Baghdad was the first place west of China to produce and sell large quantities of paper; Baghdad was also the cradle of modern day financial institutions and services such as banks, checks, and currency exchange markets. 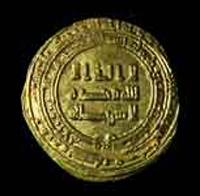