Cuisine in the Abbasid Period

The foundation of Baghdad in 762 A.D. had a significant impact on many aspects of Arab culture and Islamic culture in general, not least among them cuisine. The city was the melting pot of its day, drawing in people from all parts of the world and imbibing their customs, crafts, and recipes.

Abbasid food was not much different from what was eaten in pre-Islamic times. Baghdadis’ diet chiefly comprised of grains (wheat, barley, and to an extent, rice), and meat from domesticated animals. Bread was rare – to be called a “bread eater” was to be called affluent, and was hence a compliment. Meats consumed included mutton, beef, poultry, fish, and camel. Of these, mutton was by far the most preferred – it is said that the Prophet himself favored the shoulder and forelimbs of a freshly slaughtered sheep. Poultry was less common, though not unknown, as was beef, which was looked down upon as food for the poor. Camels were only consumed at times of great need or on special occasions, as they were beasts of burden and played a vital role in transport and trade. Their livers and udders were especially prized. In times of scarcity, when people could not afford to kill camels, they would draw blood from their veins and allow it to coagulate, stuffing it in guts before eating it. 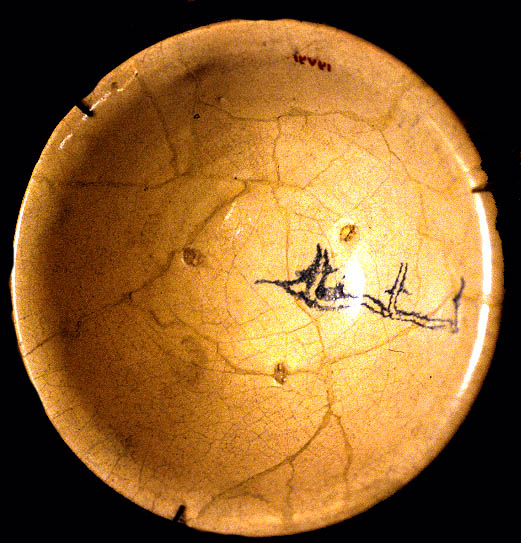 The expansion of Islam caused the spread of foods that were formerly known to only one region. Rice, for example, originated in India, and was introduced to Iran, Iraq and Syria. It came to be grown so extensively in these regions that it became an everyday part of the locals’ diet. Not all foodstuffs, however, could be grown readily in every region of the Muslim world, and this necessitated trade. These products were transported by ship or by caravan. Examples include coffee from the Arabian Peninsula, apples from Syria, and spices from far off India and China. Thus, Baghdad’s elite had access to a diverse selection of gastronomical delights from north, south, east and west.

In general, middle and upper class family households had their own domestic kitchens, while less fortunate families had to make do with communal kitchens. Houses of this period had kitchens that were essentially open courtyards, with additional rooms used for storage, cook’s quarters, and the like. The Abbasid kitchen was equipped with two main appliances – the tannur, or oven, and the mustawkad, or stove. The tannur, which was used for baking, resembled a large overturned pot. Charcoal was added via a hole in its side and lit, after which the food to be baked was introduced. The temperature was regulated by opening or closing a vent at the top of the oven. A number of utensils evolved for use with the tannur – rolling pins, a special poker to pick up food from the oven’s floor, and a metal scraper for cleaning the oven after baking was finished, to name a few. Tannur’s were used to prepare casseroles and pies in addition to the more obvious bread. The mustawkad, on the other hand, consisted of a fireplace built to accommodate multiple cooking pots at a height convenient for cooking. Utensils commonly found in the kitchen included pots of clay, copper or stone, pans made from iron, skewers, knives specialized for cutting meat and vegetables, and mortars.

As with any culture, the storage of food was an important issue in Baghdad. Travelers, traders and armies could not always afford to take livestock with them, to be slaughtered when needed, having to rely instead on preserved provisions. Seasonal foods were often in demand the whole of the year. And excess produce could not be allowed to go to waste. Thus grains were stored in silos or granaries, and were protected from various pests by methods not covered in this article. Fruits and vegetables were stored in airtight containers which were sometimes buried underground, or were processed by different recipes to keep them fresh. Melons from Khwarizm were packed in ice and kept in lead containers while being transported. Perhaps the most common form of preservation, however, involved treating the food with salt and vinegar. Meat was preserved in this way when necessary, but in general, Baghdadis preferred to consume meat that was freshly slaughtered.